Jim successfully represented a client who suffered a severe injury during an intubation with a breathing tube.  The patient suffered massive blood loss as a result of the injury and nearly died.  She remained in a nursing home for five months, and needed a breathing tube for over a year.  The issues in the case where whether the anesthesiologists was negligent in placing the intubation tube and the extent of the patient's harm from this injury.  The case was settled for a confidential amount. 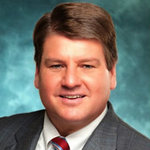